I recently picked up a Surface Book to start showing that I could do my job regardless of the machine I had. My talks around using command line for ASP.NET Core and Azure have primarily been using my MacBook Pro so to add some diversity to my presentations a core Windows machine is now in the bag too.

The Windows Subsystem for Linux is really something and I wanted to get it setup close to or if not the same as I have my OSX dev environment setup.

I use oh-my-zsh inside iTerm2 and a slew of .dotfiles for scripts and aliases for the command line stuff I like to do. Sure enough, talk about great timing, I saw a tweet fly by from Jessica Deen [for setting up a Bad Ass WSL environment] - SOLD!(http://jessicadeen.com/tech/microsoft/badass-terminal-fcu-wsl-edition-oh-my-zsh-powerlevel9k-tmux-and-more/).

Scott Hanselman also has a great write up for his experience doing a similar thing. Setting up a Shiny Development Environment within Linux on Windows 10

I ran through Jessica's setup, tweaked a few items here and there and even setup VS Code to use it as my terminal. 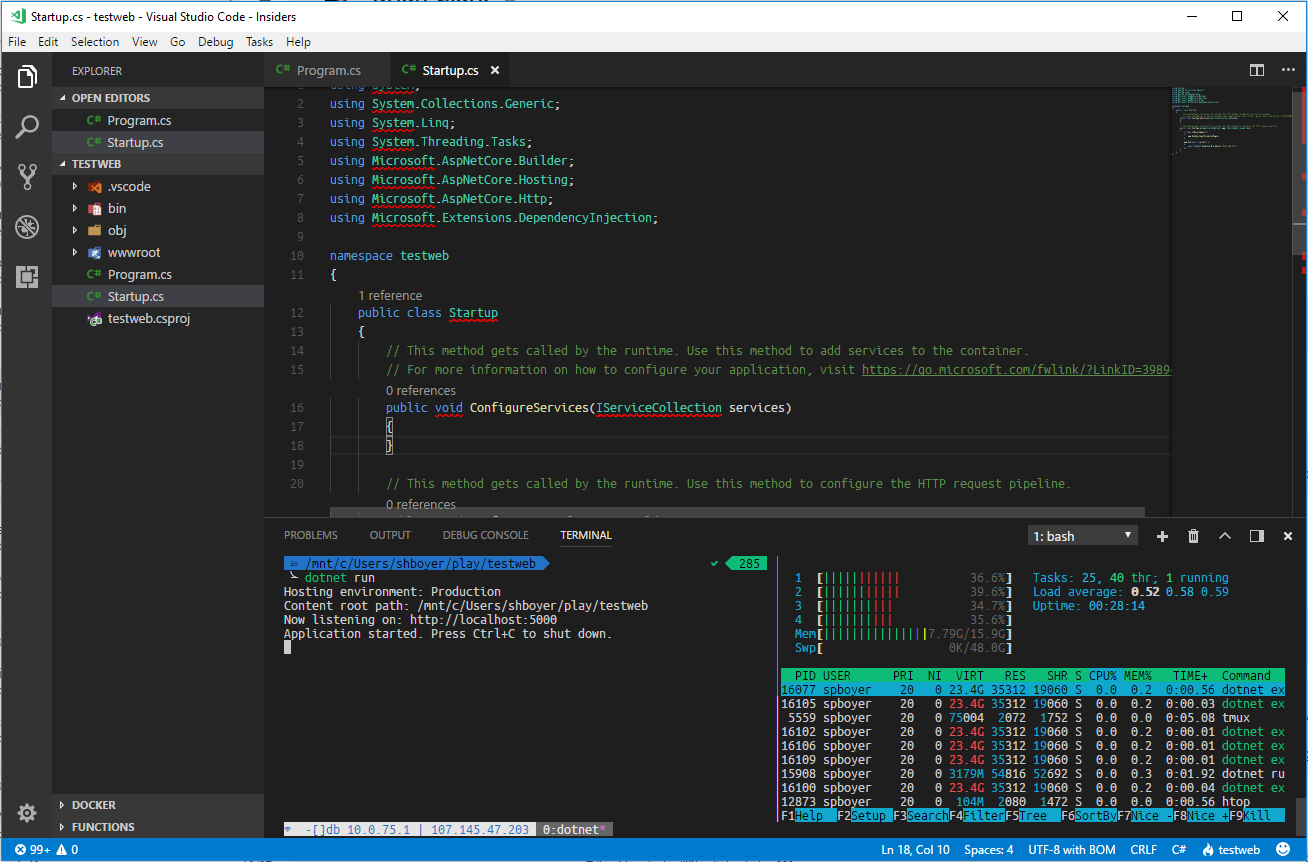 az login to get the credentials and go to https://aka.ms/devicelogin and my shell is now all set to do the work I need to in Azure.

For the most recent SDK, head to http://dot.net and select the downloads for Linux.

Setup the prerequisites and I just ran

Docker for Windows I have installed for using with Visual Studio when needed, here I wanted to link Docker on WSL to the instance of the docker-daemon on Windows.

First open the settings on Docker for Windows and expose the daemon on localhost:2375 by checking the box. 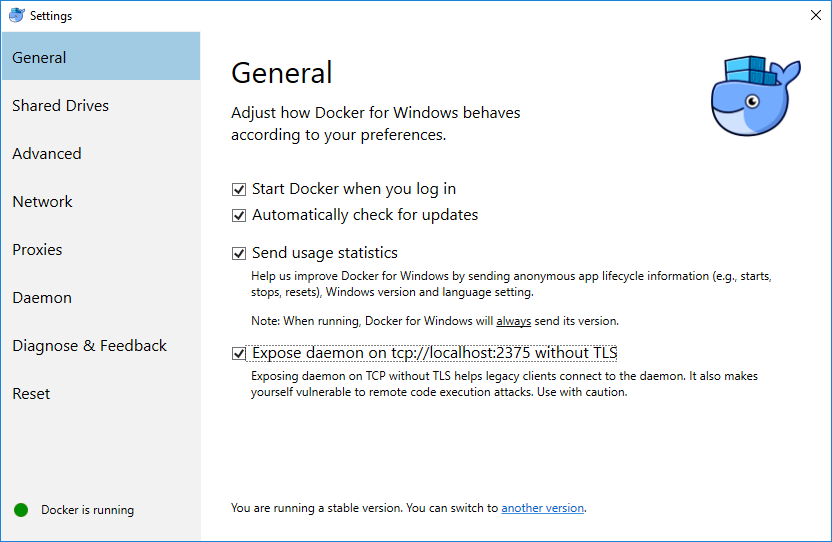 Next, in the WSL terminal install Docker and set the DOCKER_HOST to point to the Docker-Machine running on Windows.

Now you can pull the images in either the Windows CMD terminal or your WSL Terminal and see the Docker images using docker images.

The overall experience continues to improve. Even without the add-ins, .dotfiles, etc.; the point here is that given almost any machine and a command line you can have a productive development experience using .NET, Azure and Docker on Windows, OSX or Linux.

Thanks to Jessica @jldeen for an awesome script and post!

The Azure Functions team has been doing some great work lately and as a part of that work the runtime for the runtime of the serverless function was ported to .NET Core 2.0 in late September. This set the stage really for cross-platform

Modernizing legacy apps has become the theme towards the end of this year or also known as "Lift and Shift". This means taking the monolithic applications built with